Over the past 45 years, the Knights of Columbus has raised and donated more than $382 million to programs for people with intellectual and physical disabilities. Among the larger gifts of time and money the Order makes annually is to Special Olympics. The Knights’ commitment to Special Olympics and to hundreds of grassroots programs for people with intellectual and physical disabilities is an expression of its belief in the intrinsic worth of every human being. The Knights of Columbus believe that the Special Olympics are nearly unparalleled in their ability to show the worth and dignity of every single human being. This program doesn’t just build strength and character in the athletes and participants; it only takes a few moments with the competitors to be inspired by the force of their determination, and the true sense of God’s love. California Special Olympics needs our continued support. We encourage Councils around the state to organize fundraisers, events, and donation drives that will continue to benefit this magnificent organization. The Special Olympics are too wonderful to overlook, and California Knights are committed to bringing the games throughout the state. 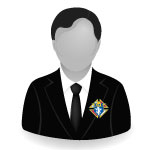