The Knights of Columbus Soccer Challenge is a competition designed for players aged 9 through 14, boys and girls to demonstrate the most basic of soccer skills — the penalty kick. Each player will be allowed 3 practice kicks and 15 or 25 shots at the goal from the penalty line (12 yards from the goal) depending on their competition level at the time. 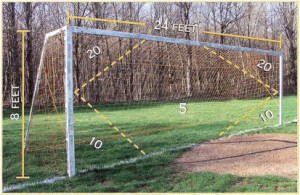 The goal will be divided into a series of five scoring zones. The upper corners of the goal will be designated as 20 point zones. The lower corners will be designated as 10 point zones and the central region is a five point zone. To construct the five scoring zones attach a piece of rope approximately six and a half to seven feet in length diagonally across the four corners of the goal as shown in the diagram below. Use tent stakes to secure the bottom ropes to the ground.

To score this competition each participant will be given 3 practice and 15 or 25 penalty kicks, depending on their competition level at the time. Points will be awarded depending upon the area of the scoring zones through which the ball passes. For example, after the player’s 15 or 25 penalty kicks, his/her scores are 5/10/20/5/5/5/5/10/10/5/20/5/10/5/5, his/her total score would be 125. A score of 125 would be marked on the entry form/score sheet. Normal rules of soccer regarding penalty kicks apply for all levels of competition. Penalty kick violations include stepping on or over the line prior to the kick, and any contact made with the ball counts as a kick. Scorers should record shots made and missed according to the instructions on the entry form/score sheet. It is also recommended that multiple scorers be assigned to each goal for scoring accuracy and comparison. All scores should be verified before the next contestant is allowed to shoot. The use of video tape recording is not recommended to resolve questions on scoring totals. Judges and scorers are given final authority in verifying all scores and violations.

Judges, scorers, and ball catchers will be selected by the Soccer Challenge Chairman at the council level, by the district deputy at the district level, and by the state deputy at the regional and state levels. The recommended minimum is one judge, two scorers, and a ball catcher at each goal. It is recommended that volunteer parents be utilized in age groups other than the group(s) in which their child (children) competes. The judge will ensure that each participant receives the proper number of shots on goal and will point out any kicking violations (see scoring section). All questions will be resolved by the judges and Soccer Challenge chairman. Scorers should refer to the scoring instructions included on the entry form/score sheet.

Each contestant receives three practice kicks followed by 15 consecutive kicks from the 12-yard penalty line. All age groups kick from the same distance. In the event a tie breaker is necessary, it should be conducted as follows: each contestant will have the opportunity to take 3 kicks from a position three yards behind the penalty kick line, if the contestants are still tied then they will continue to take turns of 3 kicks each until a clear winner emerges.

Each contestant receives three practice kicks followed by 25 consecutive kicks from the 12-yard penalty line. In the event a tie breaker is necessary, it should be conducted as follows: each contestant will have the opportunity to take 3 kicks from a position three yards behind the penalty kick line, if the contestants are still tied then they will continue to take turns of 3 kicks each until a clear winner emerges.

The recommended time frame for the Knights of Columbus Soccer Challenge is:

The Grand Knight and/or Council Soccer Challenge chairman should notify their council members, parish, schools, religious education classes, and community and soccer organizations of the date, time and location of their Council level competition.

The District Deputy is responsible for notifying their councils of the date, time and location of the their District level competition.

The Chapter President and/or Chapter Soccer Challenge Chairman should notify each of their Districts and Councils well in advance concerning the dates, times and locations of the Chapter Level competition.

Specific date, times and locations for the Regional/State Championships are available from the State Soccer Challenge Chairman, State Program Director, Youth Activities Chairman and all “three” Regional Coordinators for the Northern, Central and Southern regions.

Each level of competition should be held on a local soccer field or suitable facility approved by and under the supervision of a participating Knights of Columbus council. Check with your parks and recreation department for availability and usage regulations. Do this as early as possible, because school/recreation teams are also reserving field space.

Use a regulation-size soccer ball (size #4) and shoot 12 yards from the goal (penalty kick line).

Use a regulation-size soccer ball (size #5) and shoot 12 yards from the goal (penalty kick line).

International champions are determined on the basis of best scores submitted from the state-level competitions in each age category.

NOTE: In the event that a winner in any level cannot participate in the next level of competition, the second-place winner should represent the area for that age group.

AUTHORITY: The Knights of Columbus Soccer Challenge program will be under the authority of the state deputy and state youth director. Any questions about this program not answered in this guide should be directed to the appropriate state officials or to the Supreme Council Department of Fraternal Services, 1 Columbus Plaza, New Haven, CT 06510-3326; Telephone: (203) 752-4270, Fax: (203) 752-4108. 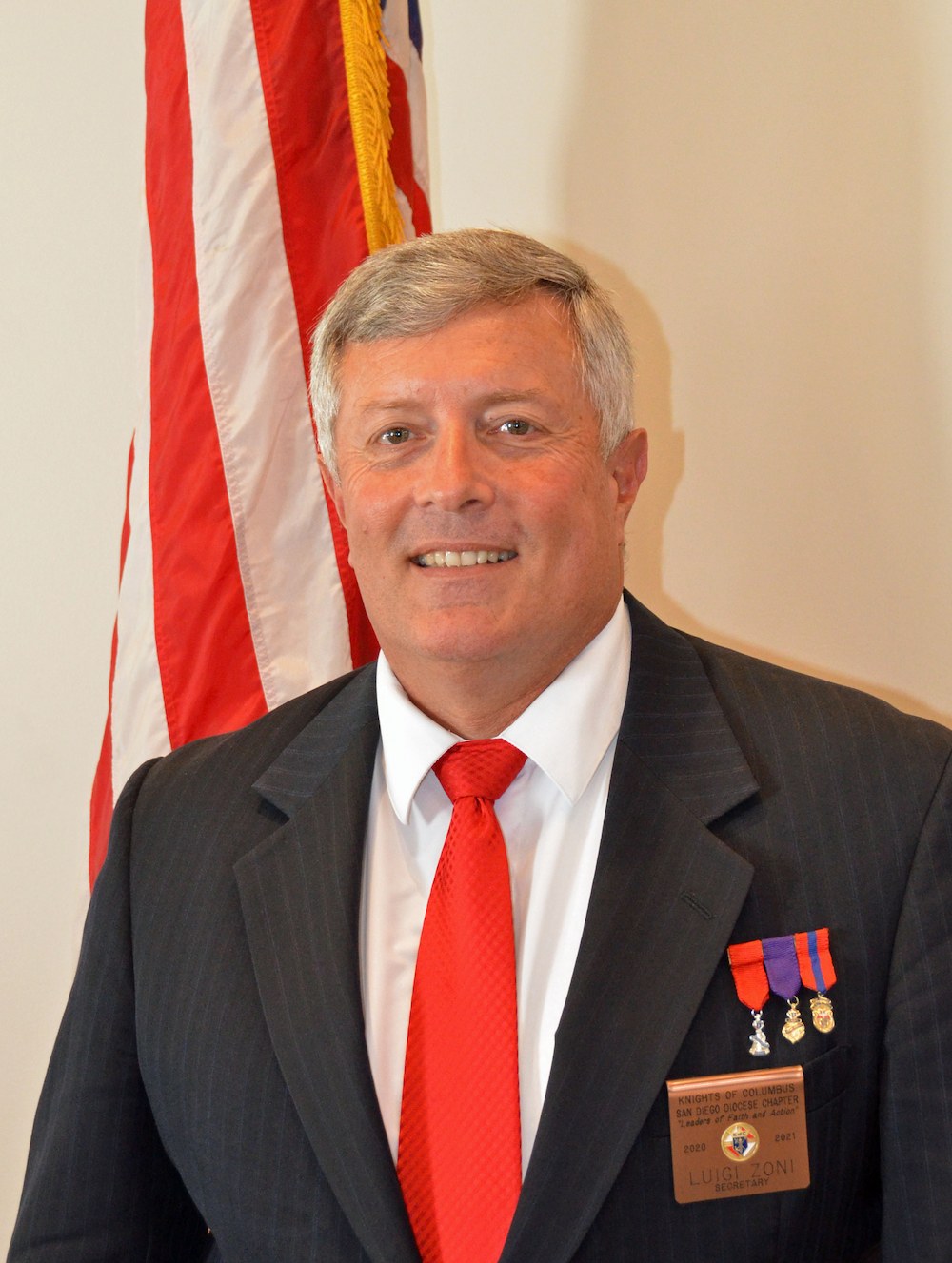