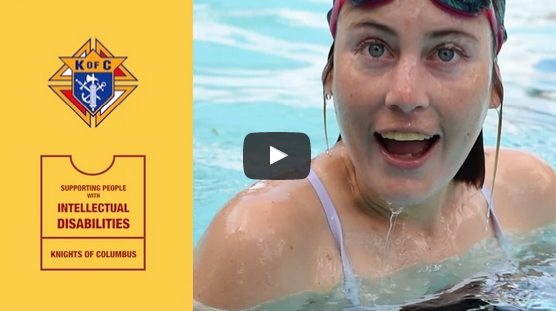 Most importantly, people with any disabilities — mental, physical or emotional — are still people. Speak or write of these individuals with the respect any human being deserves. Keep in mind that how you refer to people can have a great impact on the way others perceive them.

“Campaign for People with Intellectual Disabilities”

One of the most popular and successful programs conducted by Knights of Columbus state and local councils for the benefit of people with intellectual disabilities is the fund-raiser in which councils collect donations outside stores and on street corners. In appreciation, the donor is offered a candy bar, often a Tootsie Roll. The high visibility of this program has led to the campaign being referred to as the “Tootsie Roll Drive.”

The nickname is understandable, but misleading.

The Knights of Columbus has no official tie to Tootsie Rolls or their manufacturer. In fact, many councils participate in the same fund-raising drive, but distribute other items. References to this program should highlight the good the money does, not advertise a candy bar. For these reasons, it is strongly recommended that this project be promoted as the “Campaign for People with Intellectual Disabilities” rather than the “Tootsie Roll Drive.”